In February, Ken Rockwell announced that he had a patent granted for an invention concerned with smart cropping. In this article we will take a closer look at what is actually in the patent. 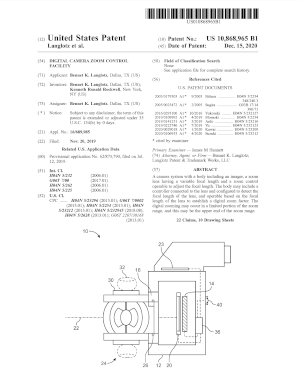 Virtual Reality (VR) camera is a fairly modern term for what has long been known as an omnidirectional camera. VR Head Mounted Displays (HMD) such as the HTC Vive, Oculus Rift or Google Cardboard have been generating interest for synthetic environments but now people are looking to create live content so they need to be able to see in all directions in the real world. Omnidirectional cameras can capture views in all directions simultaneously. In this post we will use the terms VR camera and omnidirectional camera interchangeably. Some VR cameras don’t actually cover 360 degrees in both horizontal and vertical directions, only capturing 360 degrees on one axis and a limited view angle in the other. Most information about VR cameras only talks about “360 degree video” and gaps in the viewing sphere are not mentioned.